The Mole-Dagbani ethnic group comprises the Moshi (Mossi), Mamprusi, Nanumba and Dagomba. There are more than 450,000 Mamprusi living in Ghana, and approximately 11,000 in Togo. In Ghana, the Mamprusis live mainly in Nalerigu and Gambaga in the northwest of the Northern Region but also inhabit parts of the Upper East Region.

A spotlight on the hardworking Dagaaba people of Ghana

The people now known as the “Mamprusi” occupy the East and West Mamprusi districts of northern Ghana. Their name is linked to “Mamprugu,” the name of the kingdom with which they are associated. Until recently, “Mamprusi” was a term mainly used by outsiders. They called themselves “Dagbamba,” a term also used by their southern neighbours, known in English as “Dagomba.” Mamprusi called these people “Yooba” (people of the forest) or “Weiya,” about the marshy areas also occupied by these neighbours.

Similarly, their northern neighbours, the Mossi, were named for the grassy bush ( moo ) that characterizes the ecological zone to the north. Mamprusi usage of the term “Dagbamba” as an autonym, combined with their reference to their neighbours in terms of a characteristic habitat, reflects their view of themselves as inhabiting a central and civilized place in the universe of peripheral peoples. Since their southern neighbours have appropriated the name “Dagbamba” and its English equivalent “Dagomba,” the former Dagbamba have become Mamprusi. 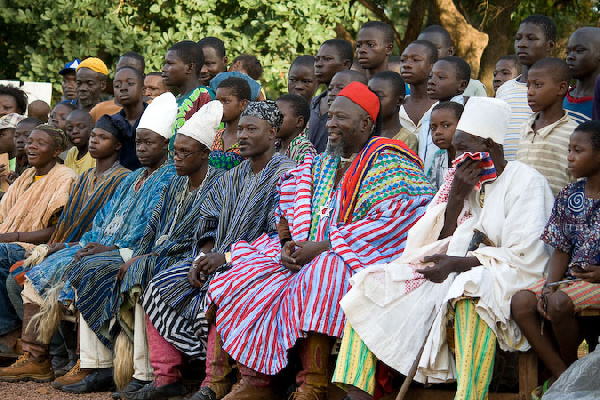 The East and West Mamprusi districts (formerly the South Mamprusi District) extend west some 320 kilometres from the international border dividing Ghana and Togo. Some 80 kilometres separate the Nasia River, in the south, from the White Volta River, which marks the northern boundary of this area. In the northeast of the region, the Gambaga escarpment rises 450 meters above sea level at the southward bend of the White Volta River and continues eastward into Togo. It is likely that in the precolonial period, the Mamprusi zone of influence followed this escarpment.

The region falls within the climatic zone of the Guinea Savanna. The rainy season falls between April and September, and there are no second rains. January and February are characterized by a harmattan season, during which a cold, dry wind sweeps through the country. South of the Gambaga scarp, wooded slopes contrast with the arid land and lathyritic soils, lying immediately to the north, or the deforested continuation of the scarp to the northwest.

In the south, southeast, and western margins of the districts, the land is periodically flooded by tributaries of the Nasia, Oti, and Volta rivers. In the 1960s the Mamprusi districts marked the northern margin of the yam-growing region of Ghana. Deforestation, periodic drought, and increased population pressure have caused some damage to the environment since then, and yams are now said to be much more difficult to grow. Land-fallowing periods are generally shorter than they were in the 1960s, and there is less uncultivated land.

The Mamprusi, although still less than a majority of the population, continue to constitute the largest single ethnic group. Mamprusi settlements, in contrast with those of neighbouring peoples, are nucleated rather than dispersed; often they are clustered near a chief’s compound. Larger settlements are divided into sections ( foanna; sing. foango ).

In the neighbourhood of Nalerigu, the present capital of the Mamprusi ex-kingdom, there are the remains of an ancient wall that appears to have partially surrounded the king’s village, leaving it open to the north and northeast, where the land rises rapidly but protecting the lower-lying parts of the village. The wall enclosed streams and farmland as well as a residential area. 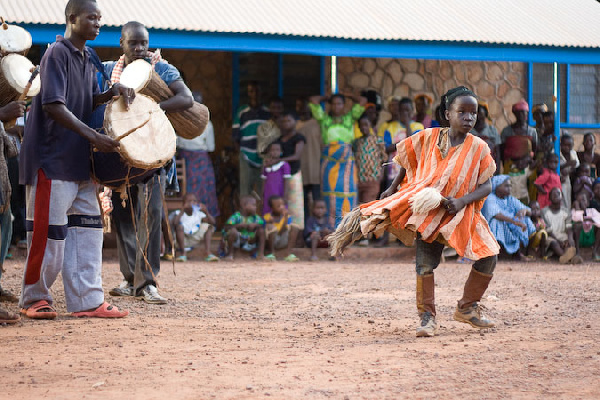 The Mamprusi with their kingdom Mamprugu is one of the earliest known states in the north of what is now Ghana. Their kingdom flourished in the twelfth and fourteenth centuries. The Mamprusi Kingdom was founded by the Great Naa Gbanwah/Gbewah at Pusiga, a village 14 kilometres from Bawku. The Kingdom spans most of the Northern and the Upper East Regions of Ghana, and into the west African nation of Burkina Faso. Thus, establishing this kingdom as the pre-eminent of its kind, and the only kingdom in present-day Ghana whose relevance and authority cuts across national boundaries on the weight of its humble supremacy.

They are believed to have descended from Na Gbewa also known as Na Nedega. Of the four people/groups descended from the loins of Na Gbewa, the Mamprusi are the leaders. The Dagomba, Nanumba, and even the Mossi recognize them as the final authority among themselves. As a result, the King of Mossi to this day is enskinned by the Nayiri – the king of Mamprugu. Mamprusi’s revere the hallowed grounds of Bawku as their ancestral home, their origin. That is why Naa Gbewah’s tomb in Pusiga, is a shrine of repute to this day. It is believed that his disappearance was subterranean, one of the marvels of Northern Ghana, and many ethnicities hold to agree with this uncommon historical account. It was after his death that his children moved farther afield and founded other kingdoms, namely: Dagbon and Nanum.

Na Gbewa’s progenitor was the legendary Toha-Zie or Red-Hunter believed to have migrated from Tunga (supposedly east of Lake Chad) to Zamfara in northern Nigeria, through Mali and then to Gurma in modern-day Burkina Faso.

Toha-Zie, as his name suggests, is reputed to have been a great warrior who fought in a war with the Malian king. Pleased with his war prowess, the Malian king is said to have given one of her daughters called Paga Wabga in marriage to Toha-Zie. This marriage begot Kpogonumbo, who remained in Malian service for some time, but later migrated southwards to the country of Gurma in present-day Burkina Faso. The ruler of Gurma at that time was Daramani who also gave one of his daughters called Suhuyini to Kpogunumbo and they begot Na Gbewa from whom all the Mole-Dagbani ethnic groups claim descent.

According to legend Na Gbewa settled in Pusiga the first place he settled and founded, for a very long time. The legend continued that when he was very old, the succession was contested and his favourite son slain by a rival prince and the eldest son Zirili. On hearing the news of his son’s death, Na Gbewa disappeared—he was swallowed into the earth at the site of his palace, a place in the bush where sacrifices are still made to his spirit. In the course of the conflict that followed his death, his kingdom was divided; elder and younger brothers became kings of the Mamprusi and Dagomba peoples, respectively. The configuration of relationships among Mamprusi, Dagomba, and Mossi kingdoms that arises from this history is expressed in the Mamprusi view of Dagomba kings as their junior brothers and Mossi kings as grandsons of their king. This amounts to an assertion of Mamprusi seniority. In the past, this presumed seniority was translated into particular forms of conventional behaviour held to be appropriate among kin when Mossi, Dagomba, and Mamprusi met one another, particularly in market situations but also in political/ritual contexts.

Naa Gbewaa’s sons and daughter married from all the linguistic groups around Pusiga, Bawku, Fadangruma, Bongo, Zebilla etc, and his only daughter created the Mossi Kingdom. Gbewaa’s senior son Tohagu is the father of all Mamprusi people and after the creation of Gambaga/ Nalerigu as capital, he moved from Pusiga to head it. He married from indigenous tribes and the other sons also did throughout their history.

In the eighteenth century, the Mamprusi people organized forces to protect the trade in slaves and goods with mercenaries from the Ivory Coast (now Côte d’Ivoire). The Frafra, Nabdem, Talensi, and Kusai are subject to them but things have changed nowadays with regards to subjugation as there is a protracted conflict especially between the Kusasis and the Mamprusi people. The Mamprusi have five chiefs under their king. 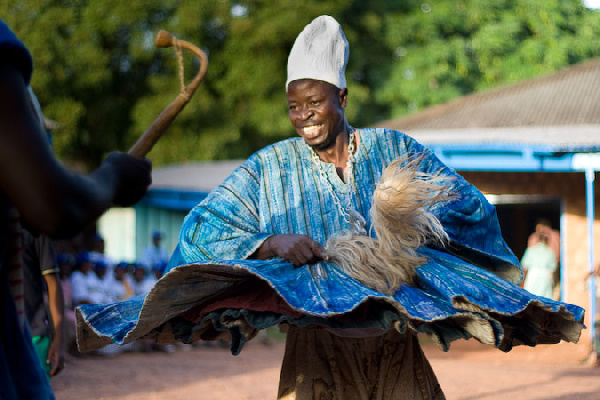 The Damba festival is celebrated by the Mamprusis. The main venue of the celebration is Bawku and its environs. It is held between July and August. Originally linked with Islam to mark the birth of Mohammed, the festival has gradually taken on a traditional rather than Islamic tone. The 2-day festival is full of pageantry and showmanship and is celebrated in the towns of Dagbon, Gonjaland, Mamprusiland and Nanumbaland.