Ghana’s first female lawyer and Judge, Justice Annie Jiagge’s story will inspire you not to heed to the naysayers and saboteurs in your life.

The daughter of a schoolteacher, Henrietta Baëta and Presbyterian minister Robert Domingo Baëta, Annie was born 7th October 1918 in Lomé, the present capital of the Republic of Togo.

Her parents had 8 children with her elder brother Christian rising to become an academic and Presbyterian minister who was elected the Synod Clerk of the Evangelical Presbyterian Church of the Gold Coast from 1945 to 1949.

She earned her teacher’s certificate from Achimota College in 1937. From 1940 to 1946, she was headmistress and schoolteacher at the Evangelical Presbyterian Girls School.

Her journey to becoming an astute legal luminary and jurist begun in 1946 when she gained admission to study at the London School of Economics and Political Science.

Annie who had been trained to value her intelligence and eschew chauvinistic narratives by her parents was confronted by her male colleagues from the then Gold Coast to drop her academic pursuits. They felt the law was too much for a woman like Annie. One of her colleagues even went as far as proffering unsolicited advice by asking her to study dressmaking at the Paris Academy.

Rather than pay heed to their callous remarks she assured them that she would return to the Gold Coast if she failed her first examination.

Unfortunately for them, She passed and they had no choice but to stop bothering her.

She went on to receive her LLB in 1949 and was subsequently called to the Bar at Lincoln’s Inn.

Baeta established a private practice upon her return to the Gold Coast in 1950. She gave up the Bar and became a magistrate for the Bench in June 1953.

Her selection as High Courts Judge also made her the first woman High Court judge in the (British) Commonwealth.

According to the SOP Library, she rose quickly through the ranks to become a judge of the Court of Appeal in 1969, the highest court in Ghana at the time. She was asked to chair the Commission to investigate the Assets of Senior Public Servants and Named Political Leaders in 1966 following the overthrow of Kwame Nkrumah.

She also served on the Committee of Experts who drafted Ghana’s 3rd and 4th Republican Constitutions.

Aside legal matters she also held positions including the president of the YWCA and regularly attended conferences of the World Council of Churches.

In her honour, the Justice Annie Jiagge Memorial Lectures was established by the Ministry of Gender in 2009 for a role in shaping the legal profession. A boarding house, the Annie Baëta Jiagge House, formerly, House 17, at her alma mater, Achimota School was also named in her memory. 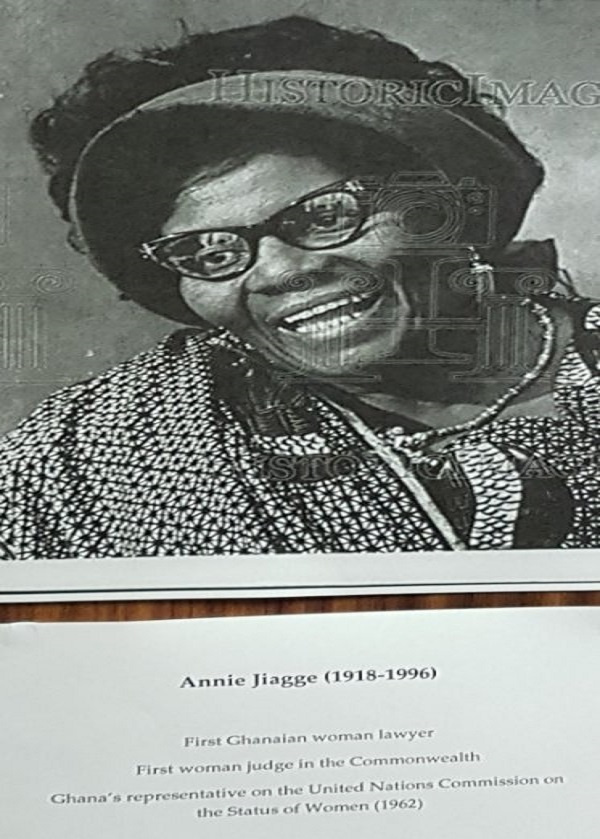 You fought for women’s right – Konadu’s tribute to Rawlings

Coronavirus: Lockdown although ideal, the country lacks the resources to impose it – Economist

KNUST medical student in need of GH¢1.2m to undergo surgery