Deloris Frimpong Manso, known widely as Delay has blasted a male fan who asked her whether he can be her boytoy. According to what we know, a boytoy is a young man noted for his good looks and sexual prowess, especially one who maintains a relationship with older or more powerful women.

This comment by the fan triggered anger in Delay, putting the young man in his place.

She hurriedly replied to him saying he should get himself a job and that he’s a man and no one will feed him. She concluded her statement by saying he shouldn’t be lazy.

Well, we can’t blame the young man in question since some young men in recent times are unemployed and depend on older women for their livelihood. They refer to these women as their ‘sugar mummies’; they satisfy them sexually and in return, are paid and catered for very well.

A similar thing is happening with some young ladies as they also solemnly depend on married men, especially the elderly ones for their daily bread. 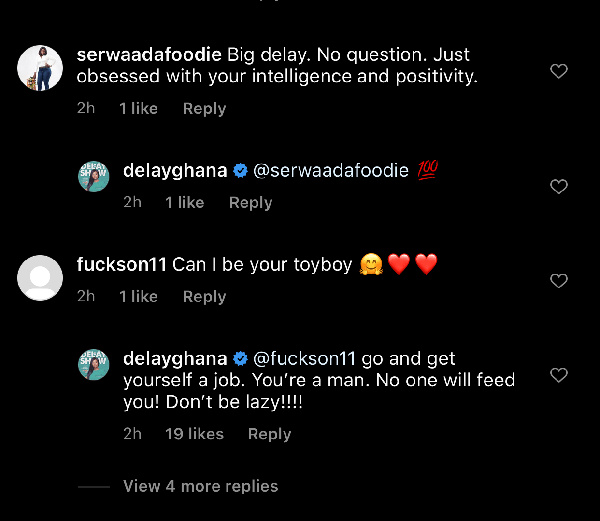