My brother is peddling falsehood, I don’t have bipolar – Ibrah One

Social Media sensation, Ibrah One has said that he is not sick as claimed by his brother

After Kennedy Agyapong threatened to expose Ibrah for allegedly engaging in shady deals and the fact that he has not paid for duties for all his cars but was threatening to kill Kennedy Agyapong and the President.

“I miss my best friend Kennedy Agyapong” – Ibrah One reveals

Ibrah’s brother went to plead on his behalf revealing to the world that the man in question is suffering from some form of mental disorder and should be spared by the NPP firebrand.

He indicated that Ibrah has been suffering from bipolar since 2018 but because he does not take his drugs, he gets triggered anytime he smokes.

Kennedy Agyapong advised that he should be sent to a health facility to get him fixed or else the state will forcibly arrest him and send him to Patang.

But in a sharp response, Ibrah has said that he is not sick and that his brother is peddling lies.

According to him, he has a pendrive with videos of the “big men” in Ghana who are engaged in money laundering and will want to broadcast it on Net2T TV. 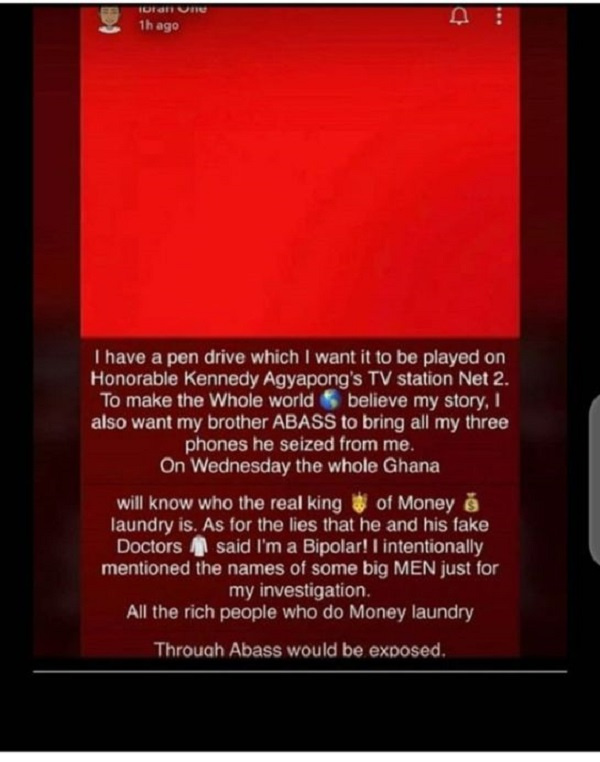