Odd News: Indian Mogul builds his own white house atop a skyscraper

The Indian city of Bangalore is home to one of the most lavish, over-the-top luxury mansions in the world – a replica of the White House built atop a skyscraper.

Vijay Mallya, the chairman of United Breweries Group, has always been one of India’s most flamboyant tycoons, but in 2010, when he announced plans to have a mansion modelled after the White House built atop a luxury skyscraper in Bangalore, people thought it was too much, even for him. He didn’t let that deter him from building his dream home, and by 2016, his mansion atop Kingfisher Tower in the heart of Bangalore City was taking shape. Unfortunately, by that time his financial woes were the talk of India, and it wasn’t long before he fled the country for the UK, leaving his dream home unfinished.

Located on the 33rd and 34th floors of Kingfisher Tower, Mallya’s “sky mansion” covers an area of 40,000 square meters, and was supposed to include a wine cellar, indoor heated pool, outdoor infinity pool, gym, salon and spa, an a roof helipad,among other amenities, but it’s unclear how many were actually completed. The building himself looks finished from a distance, but a closer look reveals that the final details are missing.

Mallya, the son of United Breweries Group founder Vittal Mallay, fled India in March 2016 as lenders and investigating agencies closed in on him, after he allegedly borrowed large sums of money and never paid it back. He has been disputing the charges ever since, and India has been trying to have him extradited from the UK. Mallya never got to live in his sky mansion, and if he is found guilty under the money laundering Act, it may be confiscated and sold to recover debts. 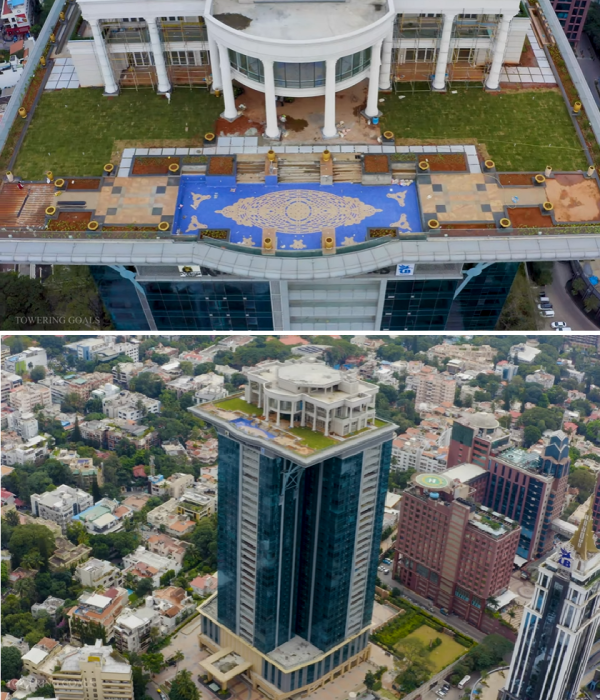 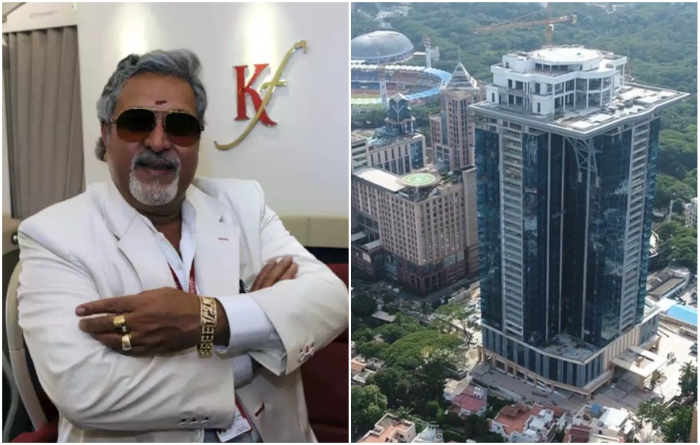 “Under the money laundering Act, an order of conviction will result in confiscation of property by the government,” S.S. Naganand, senior counsel appearing for the lenders consortium, told Live Mint. “If money laundering is not proven, the debt remains and what will happen to this property is they (banks) will try to recover dues. There will be an attempt to sell off and recover dues and any sale proceedings will be realized and appropriated towards his dues. If after this anything remains, it will be given to him.”

Developed by Prestige Estates, the sky mansion was completed according to the contract with Mallya, which basically meant just the exterior shell we see in the pictures. The interior was a more complicated issue, as there was a problem determining who the claimant was after the Indian mogul started having legal problems. 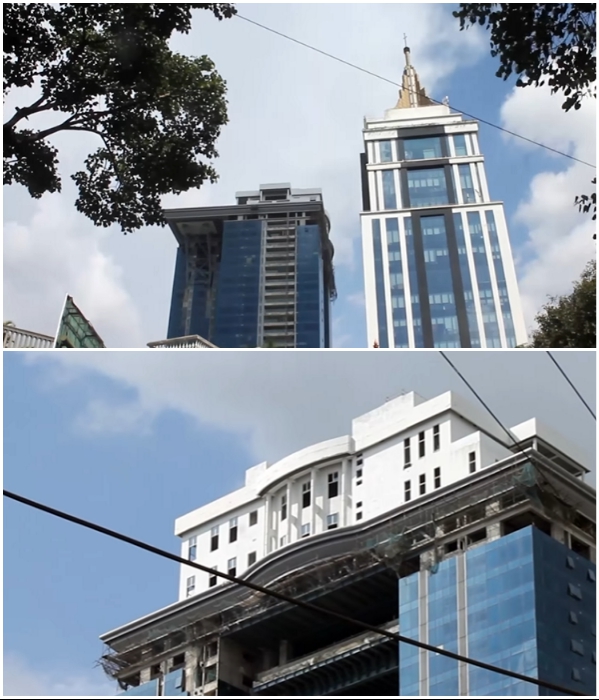 “Only the external structure of the penthouse is being constructed. The interiors will remain pending since there isn’t any clarity on the matter on who the claimant is,” a source close to the development said.

It’s unclear whether Vijay Mallya will ever get to live in his sky mansion, or if he’ll ever return to India, for that mater, but despite being abandoned for several years, the lavish home is still making headlines and getting attention online.

Coronavirus: Stop wearing masks if you are not sick – WHO reiterates

Coronavirus: There will be more cases in Ghana – Oppong Nkrumah