The school is celebrating it's 80th Anniversary

The year was 1940. The country was pre-independence Ghana (Gold Coast and the city – the blossoming citadel of education, Cape Coast).

A gallant educationist, Dr. James Kwegyir Aggrey had passed and his nephew, the late Rev. Dr. A. W. E. Appiah, in seeking to perpetuate the memory of his uncle, founded Aggrey Memorial A.M.E. Zion Secondary School on 22nd January, 1940.

The pioneer policewoman who fought for family rights

The new institution was to give young boys and girls an opportunity to attain adequate secondary education which would fit them into higher fields of learning. Aggrey is thus a living tribute to that great son of Africa – Dr. Kwegyir Aggrey.

The school was first christened, Aggrey Memorial College and enrolled six boys as its first students. It occupied, successively, buildings in the heart of Cape Coast Township during the first few years.

The first home was “Tandon Kuma”, House Number 39, Jukwa Road which also served as the Headmaster’s residence. The rent was two pounds five shillings (£2.5) a month. In April 1940 and with a population of ten boys, the school moved to “Bucknor Villa” also in Cape Coast.

Compelled by unhealthy conditions, the school relocated with 20 boys (nine in preparatory class) to a house rented by a football team. That was on 1st November, 1940.

The School went on its first Christmas holidays on 10th December 1940 and resumed on 21st January, 1941 to meet another misfortune. Just a day to the re-opening, the football team decided not to share the premises with them.

The second-year was therefore started in the Headmaster’s residence in House Number 40 on Royal Lane with nine boys. The number decreased to five in the second term. Dark, ominous clouds gathered but the school stood firm. The year 1942 ended with the school well shaken and battered but the founder was undaunted.

On 8th February, 1943, the school moved to a new house (No. C50/1, Commissioner Road) owing to the growing number of students. The rent was three pounds, five shillings (£3.5) per month. The founder established the primary and intermediary section of the school that year to buttress the Secondary Department. On 1st October, 1943, with an enrolment well beyond 200 students, the top section of the school (i.e. Standard 3, Intermediate and Secondary Department) moved to the sixth home of the school at Old Swanzy Factory at No.1 Royal Lane, which belonged to the United African Company (UAC).

Up to that time, the headmaster was the only member of staff. In January, 1944, however, Mr. Henry Abaidoo-Brew was appointed the first Assistant Headmaster. The late Mr. Kofi Bentsi-Enchill, a Cape Coast merchant, very generously offered to pay his salary and the rent for the premises.

In 1945, a Board of Trustees and Management known as the “Aggrey Society” was formed. Members of the Board were Mr. Kofi Bentsi-Enchill (Chairman), Dr. J. W. De Graft-Johnson, Mr. W. W. O. Lindsay, Mr. J. Magnus Sampson, Mr. S. S. Wood and Chief Kweku Egyir Gyepi, II. The Secondary Department was separated from the Primary Department in February, 1946.

As Aggrey Memorial College took shape, students were attracted from other institutions, particularly those who wished to improve their grades. In 1947, the African Methodist Episcopal (A.M.E.) Zion Church took over the school as a result of agreement between “Aggrey Society” and the A.M.E. Zion Mission.

The name of the school was then changed from “Aggrey Memorial College” to Aggrey Memorial A.M.E. Zion Secondary School.” The first two boarders were also admitted. That year, the founder enrolled his own fresh students. They were six boys who were later presented for the Cambridge School Certificate Examination (CSCE) in 1950.

All of them passed, with one achieving exemption from London Matriculation. The School moved in October 1948 to a three-story building on the premises of the old Cape Coast Post Office near Cape Coast Castle.

The School occupied the building known as “Old Russell” from 1948 to 1958. In 1958, the A.M.E. Zion Church acquired a 43-acre land, released as a Deed of Gift by Nana Attobra of the Nsona Stool Family of Brafo Yaw, to the school.

1952 was a landmark year as the A.M.E. Zion Church commenced the building of the first block at its present location. The school was recognized as “Encouraged Secondary School” in receipt of Government grant in aid. A new beginning was made in that year. 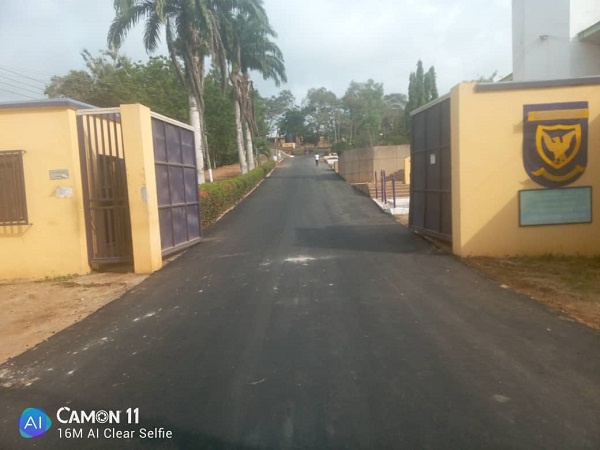 And since that time the story of Aggrey Memorial A.M.E. Zion Secondary School has been one of steady progress and improvement. This was reflected in the growing student population. After 18 years on temporary premises, the school moved to its present site at Brafo Yaw, Cape Coast in January, 1958.

Girls in the boarding house were, however, housed in Cape Coast Township on premises formerly occupied by the “Prospect Printing Press”. On 21st January 1966, the girls moved into their new dormitory block across the boys from the Accra-Takoradi road at Brafo Yaw.

Currently, there are four male houses namely: – Watson, Enchill, Pinanko and Casely Hayford, and four female houses – Lucille Alleyne, Segbefia, Katherine Aikins and a yet to be named New House.

The houses were named after the following people:

1. Bishop Watson through whom the A.M.E. Zion Church acquired the school from the “Aggrey Society”.

2. Mr. Kofi Bentsi-Enchill whose financial support enabled the school to battle with and weather and terrible storms in the early years.

5. Mrs. Annie Lucille Alleyne, wife of the Rt. Rev. Bishop Alleyne, for her interest in girls education in Africa and for her substantial contribution towards the construction of the school’s first block which started in 1952.

6. Mrs. Juliana Segbefia, the first housekeeper for her motherly affection for the girls in Cape Coast town

7. Katherine Aikins, a student who met her tragic death in 1970 while crossing the Accra-Takoradi road after choir practice.

Eighty years in the life of an institution is no mean a feat. Aggrey Memorial A.M.E. Zion SHS has not only paid its dues to Ghana but also to the world. The school’s alumi, the Aggrey Memorial Old Students Association, popularly known as AMOSA is one of the most vibrant nationwide.

On the media landscape, school is proud of its son, the President of the Ghana Journalists Association, Dr. Affail Monney, Ebenezer Ampaabeng, Acting Director of GTV, Nana Kofi Koomson, publisher of the Ghanaian Chronicle newspaper and one time Journalist of the Year, ace musician Bessa Simons and actress Yvonne Nelson. 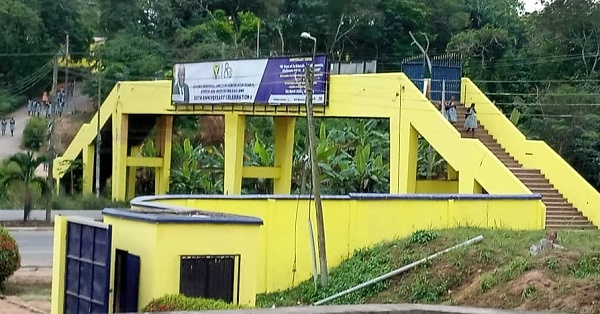 On the auspicious occasion of Aggrey at 80, we say Ayekoo to the founder, AME Zion Church, our landlords- the chiefs and people of Brafo Yaw, the past and present management and staff, old and current students who have indeed lived and continue to live the school’s motto, SEMPER OPTIMO NTERE. Keep aiming and soaring high like the eagle you are.

Cardi B supports Akuapem Poloo amidst coronavirus outbreak in Ghana