A Deputy Minister for Agriculture, Kennedy Osei Nyarko, has taken a swipe at the Auditor General Daniel Yaw Domelevo, suggesting a performance audit that was conducted on the Ghana Education Trust Fund (GETfund) Scholarship Scheme was poorly carried out.

The performance audit report from the Auditor-General which has been widely published listed the New Patriotic Party(NPP) Member of Parliament(MP) for Akim Swedru Constituency who doubles as a Deputy Minister as a beneficiary of the scholarship.

The Auditor-General dismissed a demand for a retraction and an apology from his office which was made by Mr Kennedy Osei Nyarko over the inclusion of his name in the list of beneficiaries of the scheme.

“Your grievance, therefore, is best addressed by GETFund who provided the audit team with the necessary information and names of beneficiaries during the audit,” Mr. Domelevo wrote in a response.

In a Facebook post by Mr. Nyarko seen by MyNewsGh.com, he stated that the response also reveals that the auditors did not ask for supporting documents to enable them conduct a proper audit.

1. The information contained in his audit report is from GETfund.

2. He did not Audit the information supplied him by GETfund

3. That indeed he did not demand for any supporting documents in respect of any alleged payment

4. That a copy of the audit report was published on its website.

5. His office has no malice or bias towards any individual named from Getfund” the Deputy Minister wrote.

According to him, his position that the performance audit was poorly carried out has been vindicated.

He added “It is clear from the foregoing that my position has been vindicated. The Auditor-General did not Audit the information supplied his office by GETfund.

Can this person be trusted as an Auditor General?

Can this one too be called Proper Audit? 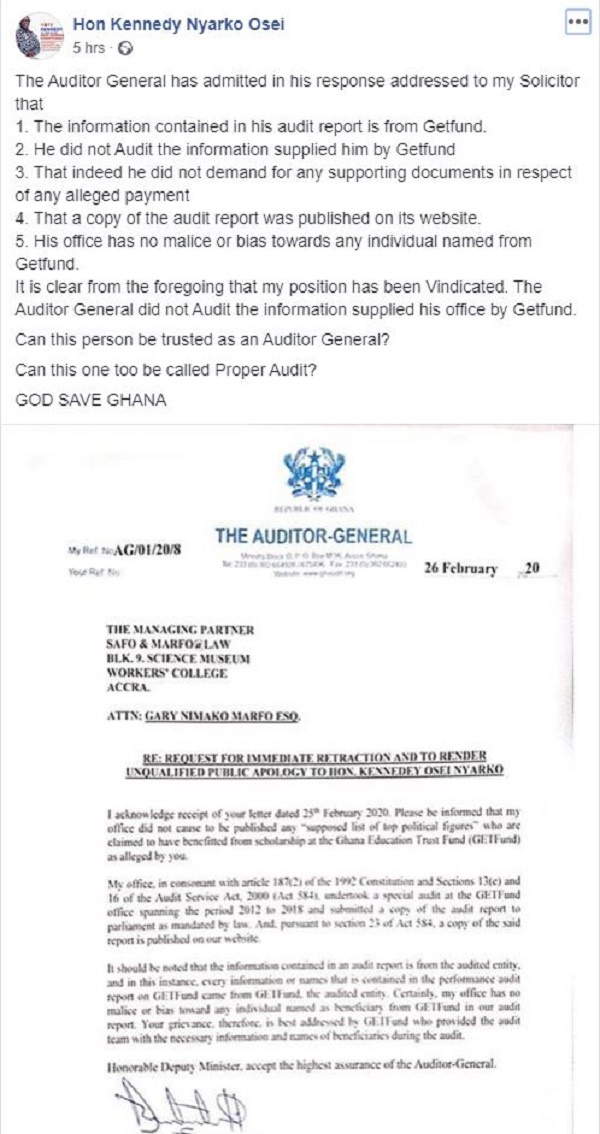 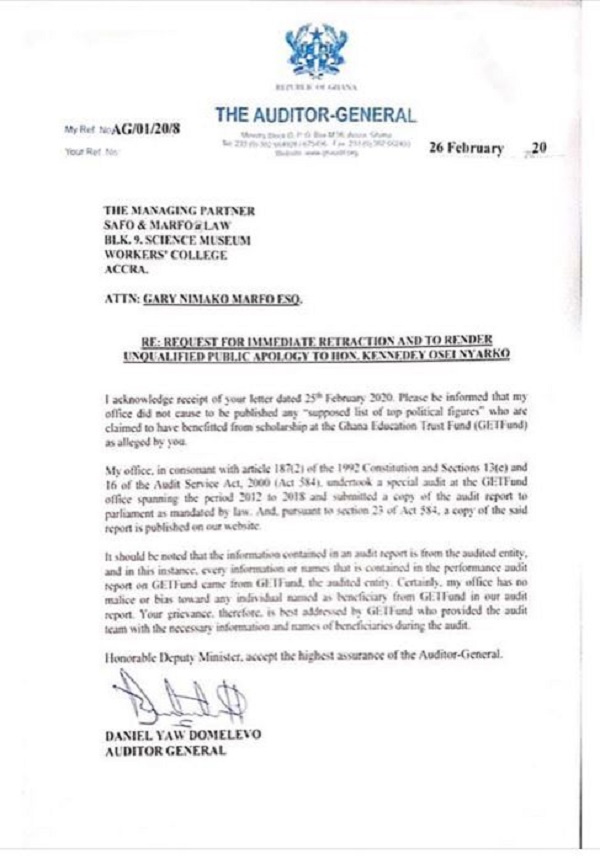 Princess Shyngle says she has suffered a miscarriage; here’s how it happened- Video

Teachers at Prof: Stephen Addei’s school sacked due to coronavirus