Ghanaian footballer and owner of Asa Band, Asamoah Gyan has been spotted in Parliament on the occasion of the presentation of the State of the Nation Address to be delivered by the President, Nana Akufo-Addo.

The President is addressing Parliament and the nation on the current state of activities and projects as far us his administration is concerned.

Most showbiz people are waiting to hear what he would say about the creative arts sector.

Wife of late former Vice President, Amissah-Arthur is also present in the public gallery of the House. 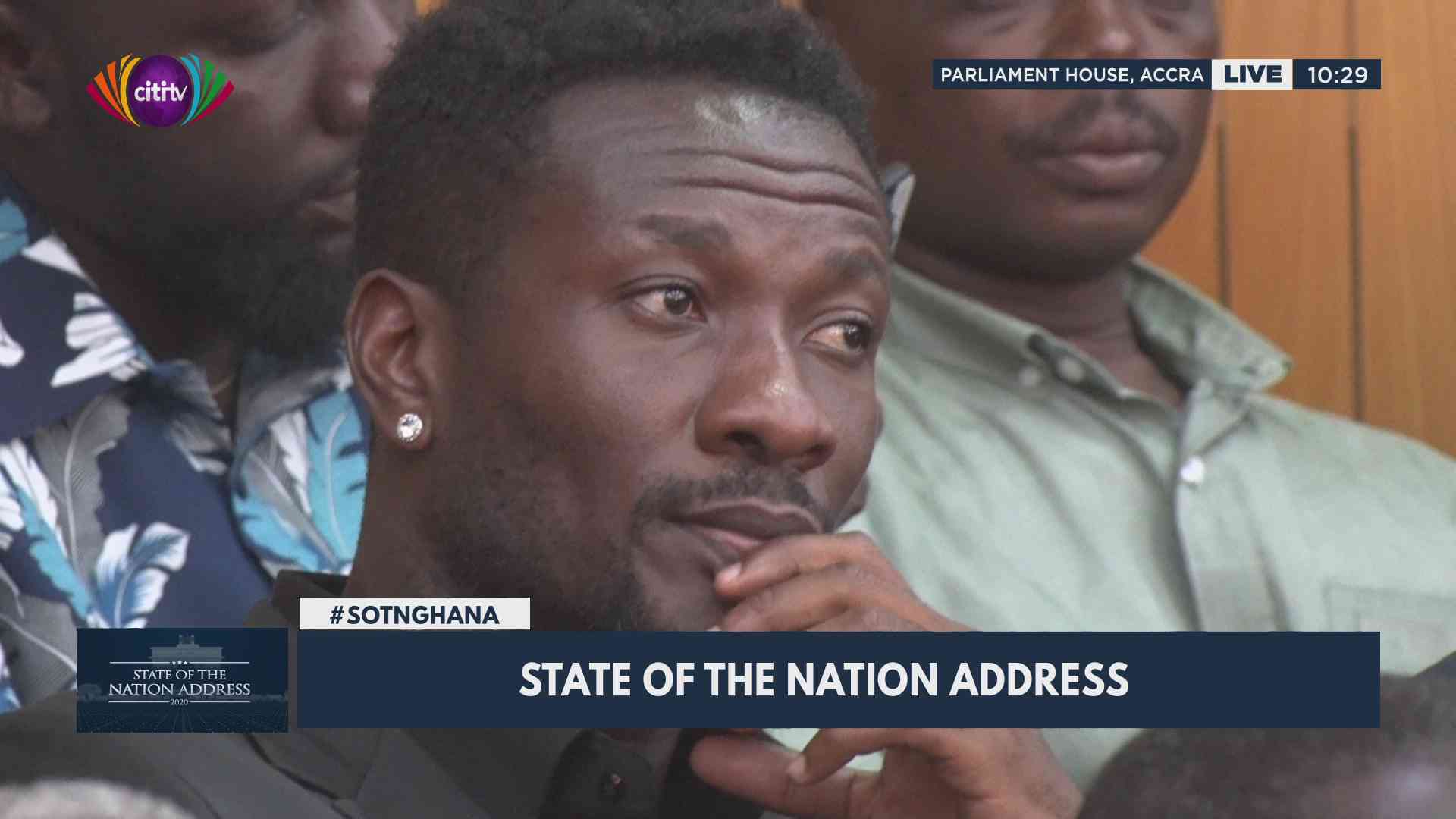 Ghanaian artistes are not the mainstream for international recognition – Rex Omar