The president of the Ghana Football Association, Kurt E. S. Okraku has been listed among the newly elected presidents of FIFA’s member associates.

This endorsement, as captured in the FIFA annual review report for 2019 lists the newly elected and re-elected heads of some FIFA member associates.

Johnson, Kuffour, Arhinful have been supportive since I become Black Stars coach – Akonnor

The GFA president’s election on October 25, 2019 is boldly captured in the report. 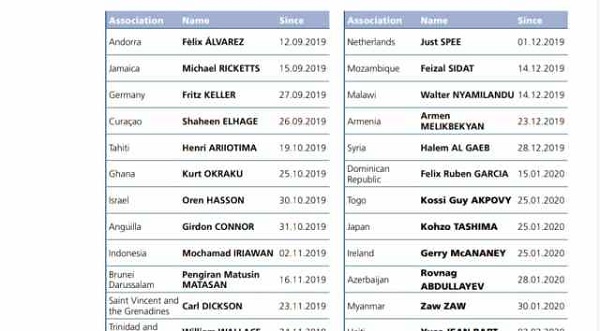 'It's not good to have strong currency' - Assibey-Yeboah