This is not to say that there were no women who supported the fight for independence. Perhaps their stories have been kept in the dark for several years or they did not hold so-called top positions to have their names permanently arced in the story of Ghana’s independence.

Whatever be the case, they did exist and one of them was Agnes Oforiwa Tagoe-Quarcoopome, a revered market woman who supported Kwame Nkrumah and contributed to Ghana’s independence. She was born on May 27, 1913.

Ghana has only been retrogressing since Nkrumah’s overthrow – Okudzeto Ablakwa

By the 1940s, Agnes Oforiwa Tagoe-Quarcoopome had become one of Ghana’s most important traders and market women who was greatly respected by people from all walks of life. She owned shops in Makola and Okaishie, which were the country’s major trading centres located in Accra, after entering the buying and selling business between 1921 and 1929 due to financial problems that could not see her continue her education despite being a very intelligent student.

Aside from trading, Madam Agnes was a devoted Christian and activist who was firmly in support of the fight for independence and especially very supportive of Kwame Nkrumah after he formed CPP in 1949, a few months after resigning from the UGCC. 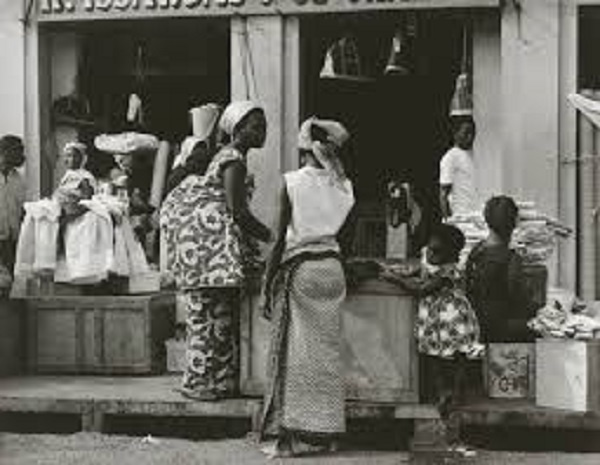 In 1949, after the establishment of CPP, it was Madam Agnes who single-handedly gained the market women’s support for Kwame Nkrumah and during his campaign, she got the Makola Market women to finance his activities. Later, she met with them on several occasions to explain Nkrumah’s ideas and plans for Ghana through his party after gaining independence.

While supporting Nkrumah, Madam Agnes also worked hard as a trader and became the first woman to open a bank account with Standard Bank of West Africa (SBWA) which is now Standard Chartered Bank on the advice of the expatriate Sales Manager of the United Africa Company (UAC). Through her, the bank gained the trust of several other market women and businessmen who later opened accounts with the bank.

She also became an important member of trade union groups and was an integral reason why international trade between Britain and Ghana was happening.

Ghanaian artistes are not the mainstream for international recognition – Rex Omar

Rudeboy calls police, journalists and lawyers who crowded the court during Funke and husband’s sentence stupid