One feared dead in Christmas eve accident at Awoshie

One person, a woman, is feared dead and another seriously injured in a Tuesday morning accident at Awoshie-Abrante? in Accra involving two vehicles.

The unidentified woman is said to have mistakenly crossed the road from the Odorgono SHS side to the other side without looking at her right.

NPP parliamentary aspirant, 4 others injured in an accident

AFAG’s OPK, 5 others involved in accident

Read: Six dead in accident at Kobre, 10 others injured

A Renault vehicle registered GW 4381 – 17 in an effort to save the woman, rammed into the KIA mini truck with the registration GX 1746 – 18, causing it to somersault into the other lane before knocking down the woman.

“Her head was severely hurt and I fear she will survive,” an eyewitness told 3news.com

“The KIA driver is seriously hurt too but not to the extent of the woman’s injuries. They have all been rushed to the hospital,” another eyewitness said.

When 3news.com got to the scene the Kia mini truck had turned upside down with the frontage of the Renault slightly damaged.

At the time of filing this report, the police were taking statements from eyewitnesses and the Renault driver who escaped unhurt in the accident that occurred some minutes after 6:00 a.m.

Some residents who rushed to the accident scene appealed to government to construct a footbridge at that stretch of the Ablekuma-Awoshie Highway as they complained crossing has become dangerous and stressful for them. 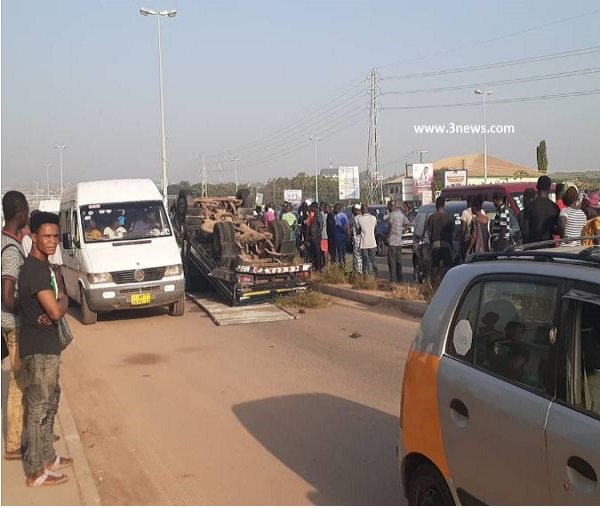 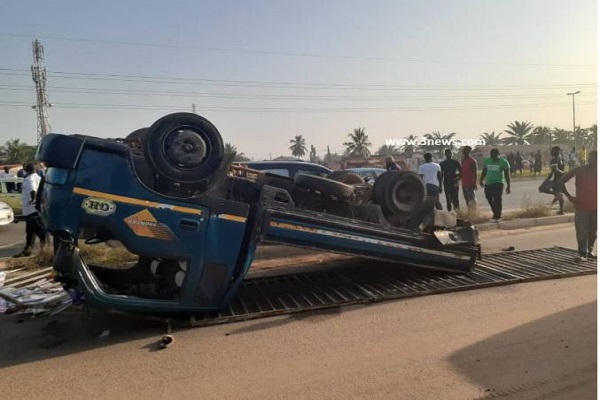 If your man is cheating on you, look at your four closest friends – Kenyan pastor