Rawlings’ ‘sexy’ photo with 8 packs that set the internet ablaze

Former President Jerry John Rawlings has once again received some admiration from the social media community, not for something he has said or done, but for an old black and white photograph of himself that has resurfaced.

The photograph making the rounds on Facebook and on WhatsApp statuses shows the energetic sunglasses-wearing former president during his revolutionary days in 1983 standing with no shirt on as he helps to build a bridge at a location GhanaWeb cannot independently verify.

Understudy chiefs to appreciate value of truth – Rawlings to politicians

The part of the photograph that got the internet talking was his ripped body with 8 packs that many men and women will literally die for. While others are in admiration, some are of the assertion that since the former president has lost his ripped body, then their “one packs” are fine.

“Even JJ has lost his 6 Packs..lemme not kill myself. 2 is ok,” says a Facebook user. “…..”THE SIX PACKS S3F WEY IKILL NANA KUNADU NÒ………OOOH WOMEN D3N HARD GUYS;HHHHMMMMMM……” says another.

Below is the photograph in question and comments from social media users. 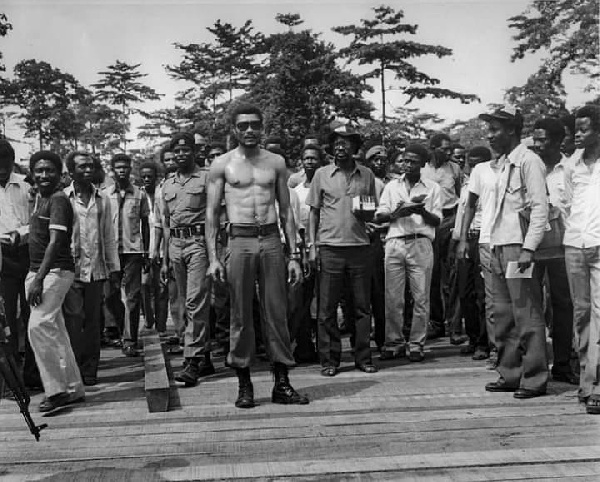 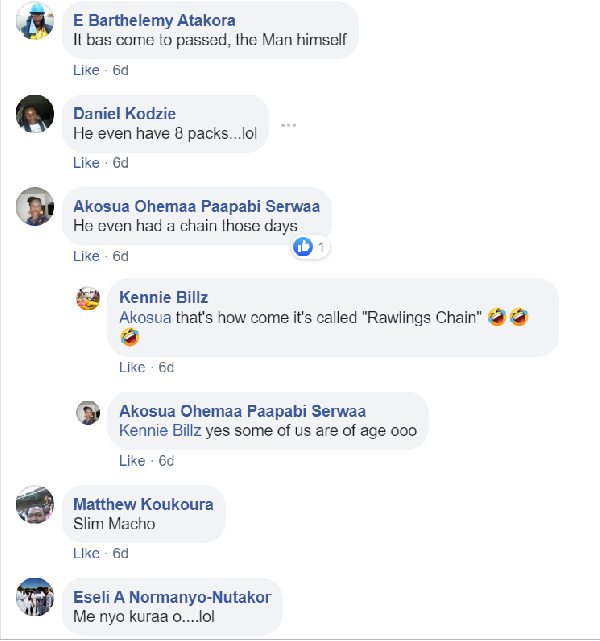 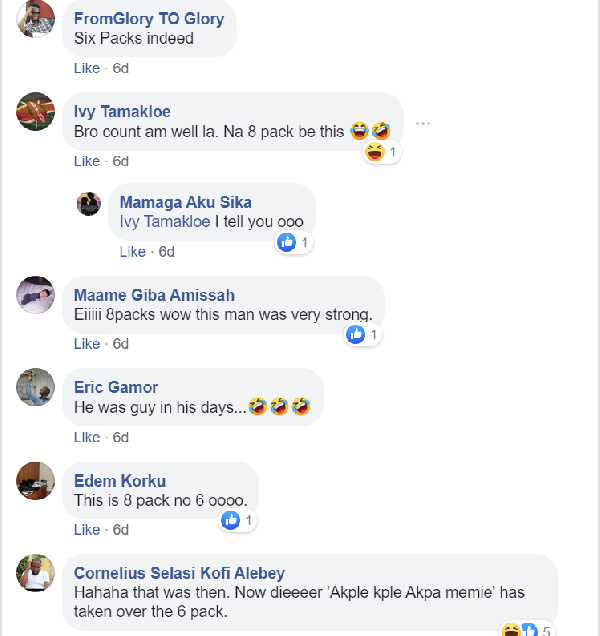 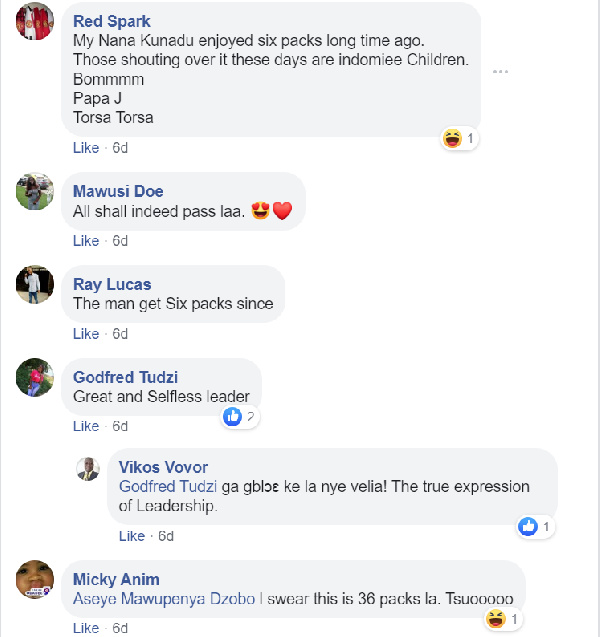 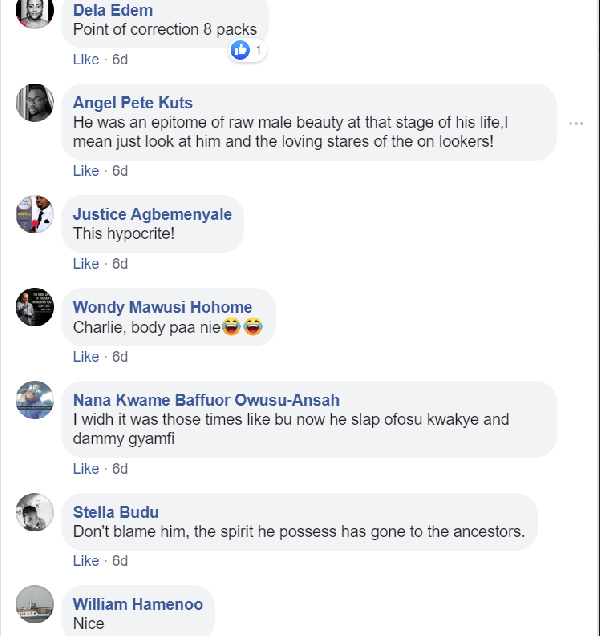