Media personality Nana Aba Anamoah has become a subject of debate in the country after sharing her honest thoughts in relation to the two main political parties – the ruling New Patriotic Party and the opposition National Democratic Congress.

Her reaction to President Akufo-Addo’s partisan intent of constantly using the shortfalls of his predecessor as a campaign strategy and subsequent rebuke of the opposition has received mixed reactions from various sections of the public.

Delay throws a challenge on Nana Aba being a Pimp

Read:Tell us what you’ve done for Volta region, not Mahama’s incapabilities – Nana Aba to Akufo-Addo

On the various social media platforms, particularly Twitter, the award-winning journalist has been put in the spotlight.

While others massively threw their support behind Ms Anamoah for bluntly exposing the cancerous nature of Ghanaian politics, others, however, were bent on dragging her in the mud.

Known for her savage clap backs on social media, Ms Anamoah dressed down people who, aside criticizing her thoughts, attached insults.

This is not the first time the news anchor has been in the spotlight for reacting to issues of national discourse.

Below are some social media interactions: 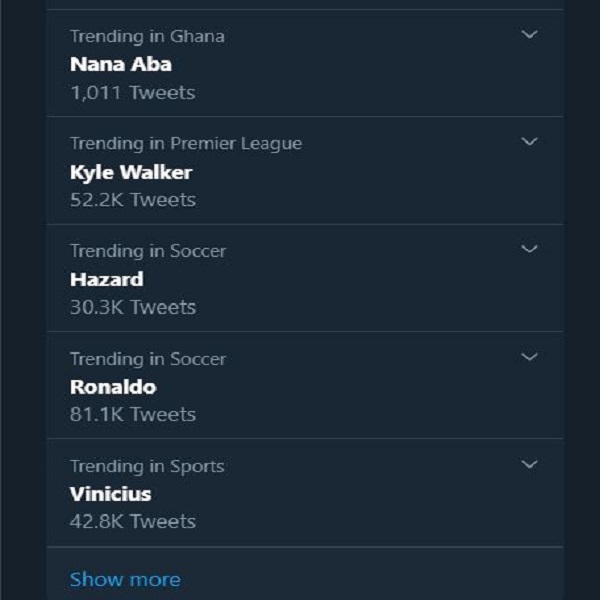 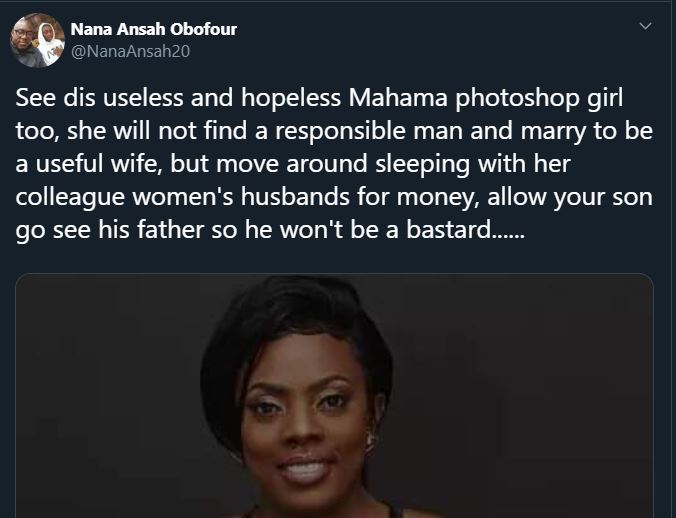 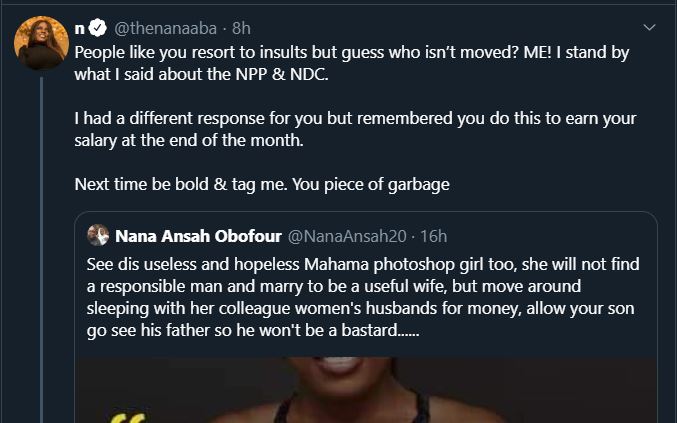 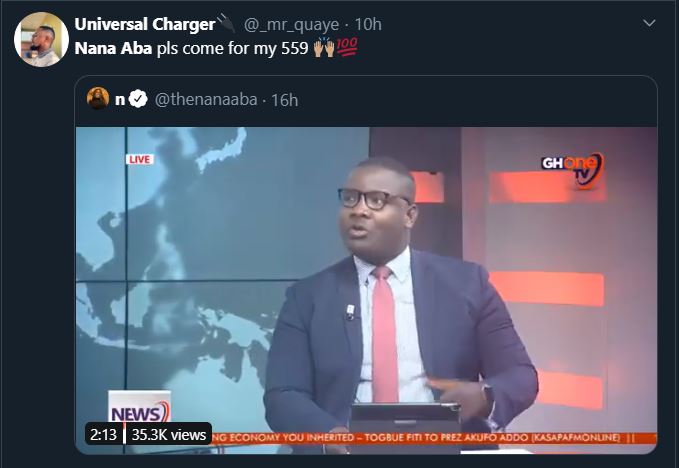 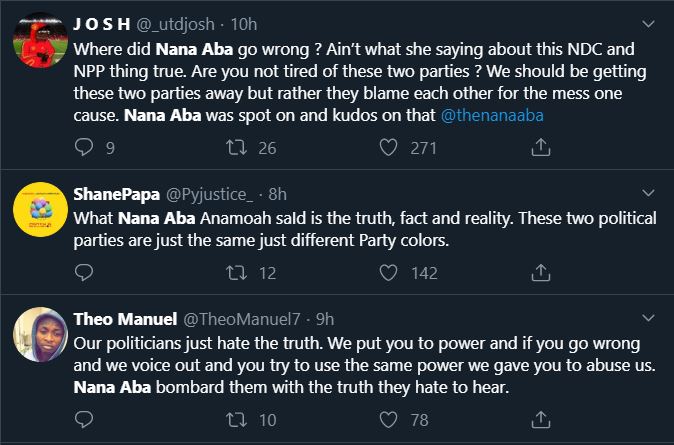 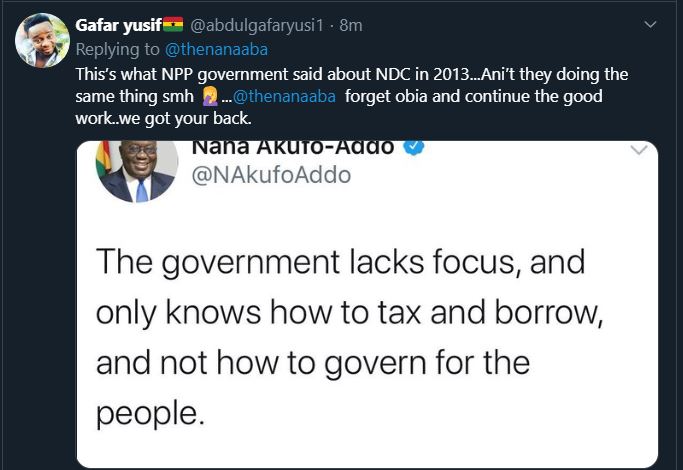 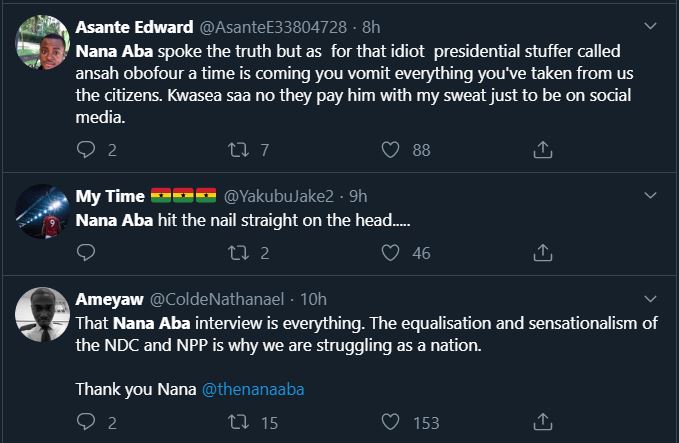 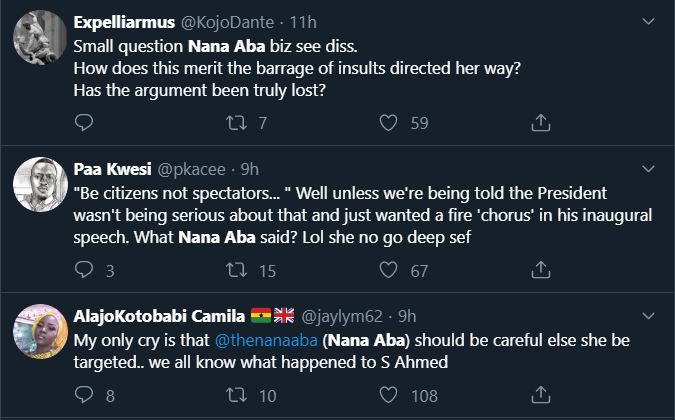 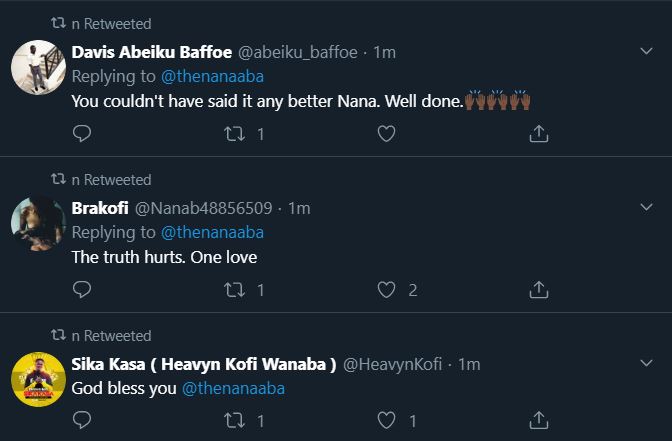 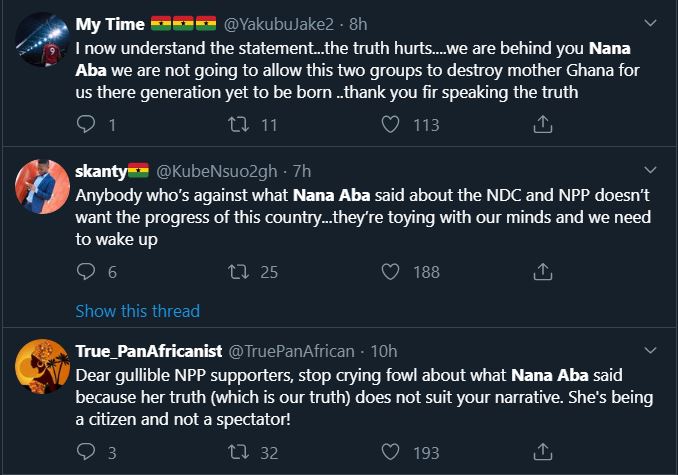