The former Big Brother Naija housemate, in a leaked chat, insulted Yvonne Nelson in a conversation she had with Alex who told her that the Ghanaian actress discouraged her from working with Nana Akua Addo when she was in Ghana.

Ifu has been accused of leaking the chat which was to expose Yvonne Nelson for sabotaging Nana Akua Addo but that came with her attracting a severe backlash, for the derogatory comments she made about Yvonne.

In reaction, she has denied leaking the chat, saying that “someone I trusted leaked them,” Ifu made the comments via her social media outlets where she also apologized for talking bad about Yvonne Nelson.

According to Ifu, she was angry and wasn’t thinking straight when during her chat with Alex, who visited Ghana for the first time under the wings of Yvonne Nelson.

She, however, did not deny that the “Heels And Sneakers” actress truly said Nana Akua Addo’s brand is not respected. 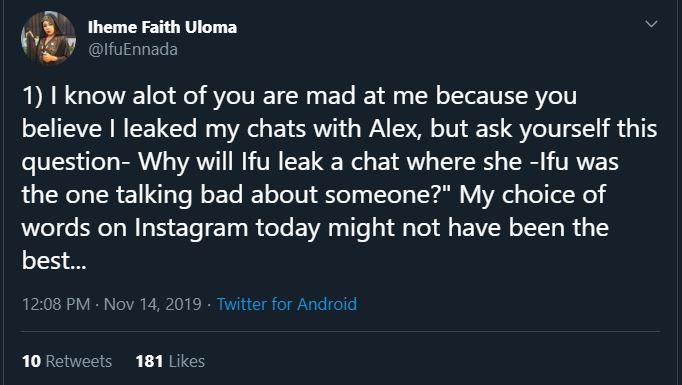 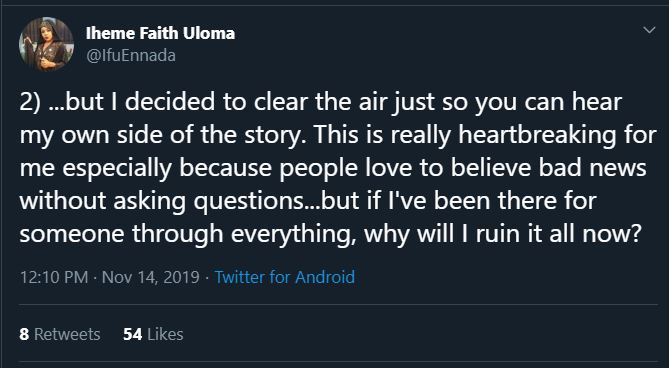 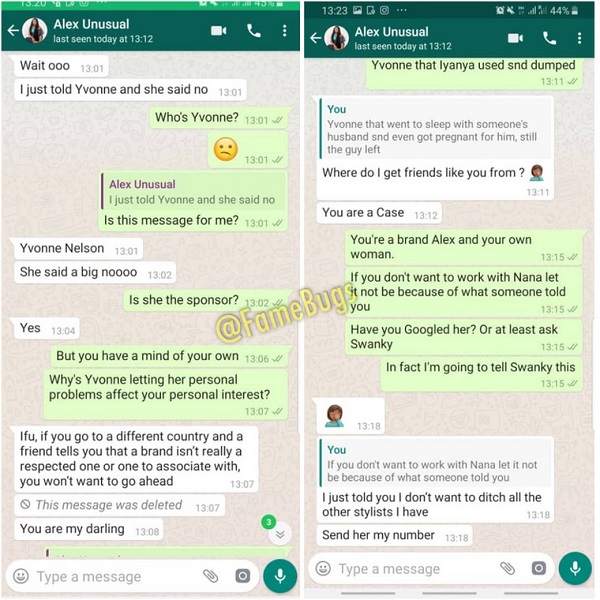 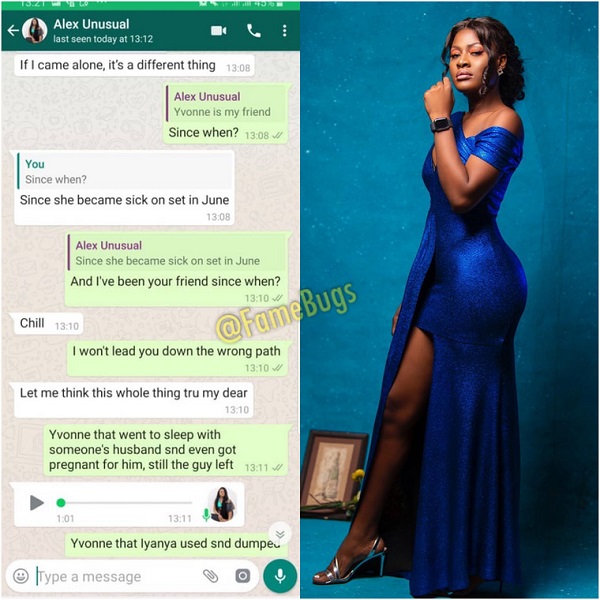