1.2m students to be beneficiaries of free SHS from September – Akufo-Addo

President Nana Addo Dankwa Akufo-Addo, says the Free Senior High School policy, introduced and implemented in 2017, will, from next month in September, have all students from SHS 1 to SHS 3 being its beneficiaries.

According to President Akufo-Addo, “In all, 1.2 million children will be enrolled in our High Schools across the country under the policy, making it the largest number of students so enrolled in our history.” 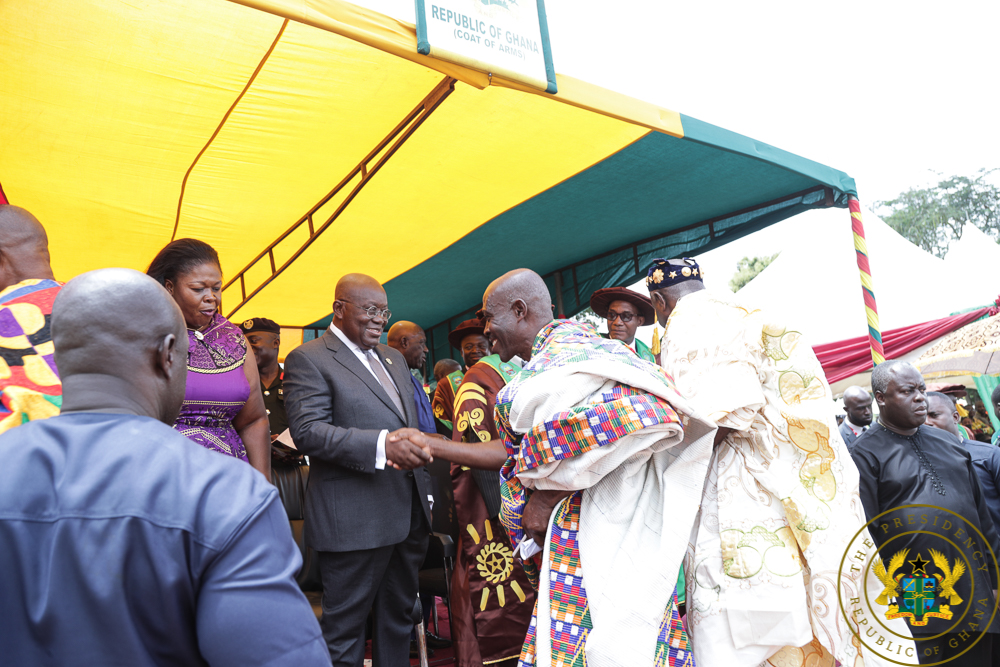 The President made this known on Saturday, 10th August, 2019, when he delivered the keynote address at the 4th graduation ceremony of the University of Energy and Natural Resources, Sunyani, in the Bono Region.

In his speech, President Akufo-Addo indicated that “it is, thus, inevitable that, from 2020, when the first batch of free SHS students graduate, our universities and other tertiary institutions will be confronted with the challenge of higher numbers of students seeking admission.” 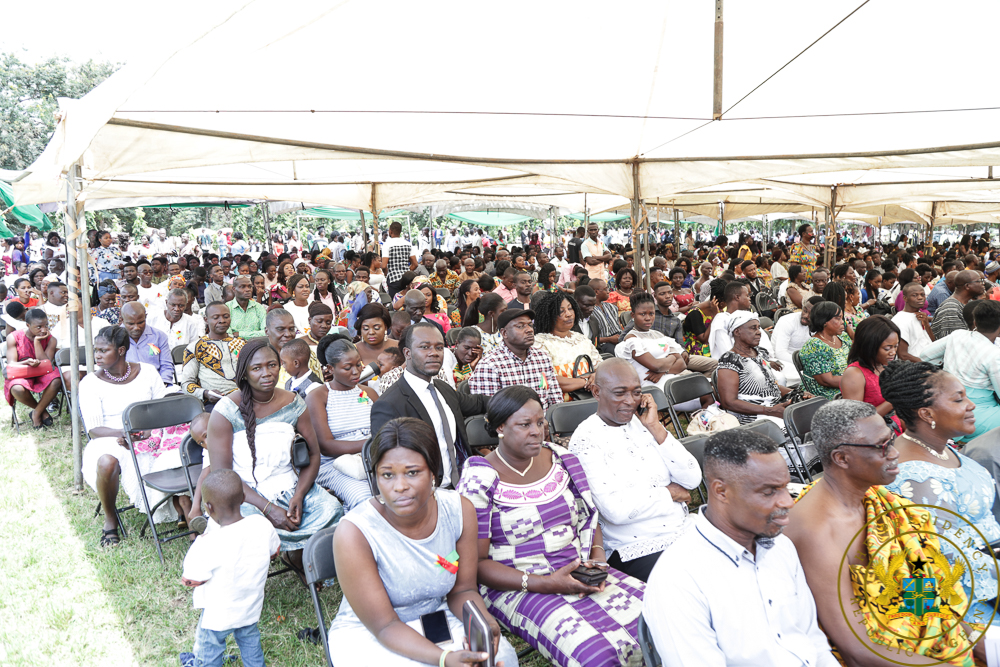 As a result, Government, he said, is undertaking a comprehensive programme of expanding infrastructure at the various tertiary institutions to accommodate the expected higher numbers.

This intervention, the President explained, will provide increased opportunities for young people to further their education, pursue their dreams, and, ultimately, contribute their quota to the development of the country. 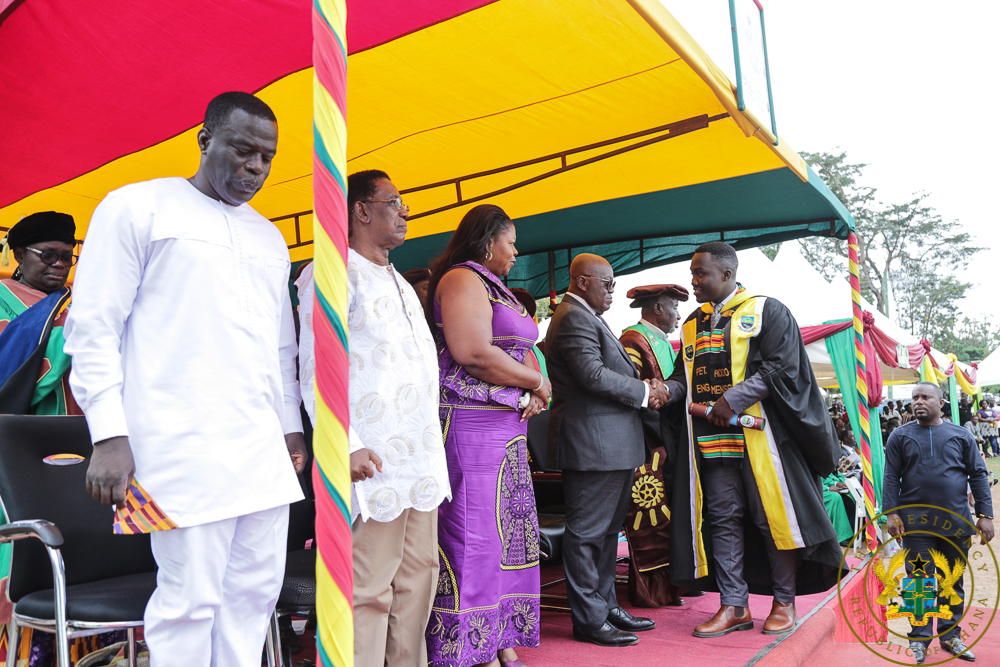 With several GETFund projects on the campus of UENR at a standstill, and putting enormous pressure on the facilities of the University, a number of directives to GETFund, dating back to the previous administration, to place some of the uncompleted projects at UENR on their priority list has not yielded much.

“Chairperson, things will change, and I prefer to let my deeds, not words, do the talking. It is not for nothing that the Minister of State for Tertiary Education is here at this ceremony. His presence is intended to be a guarantee of action,” he added. 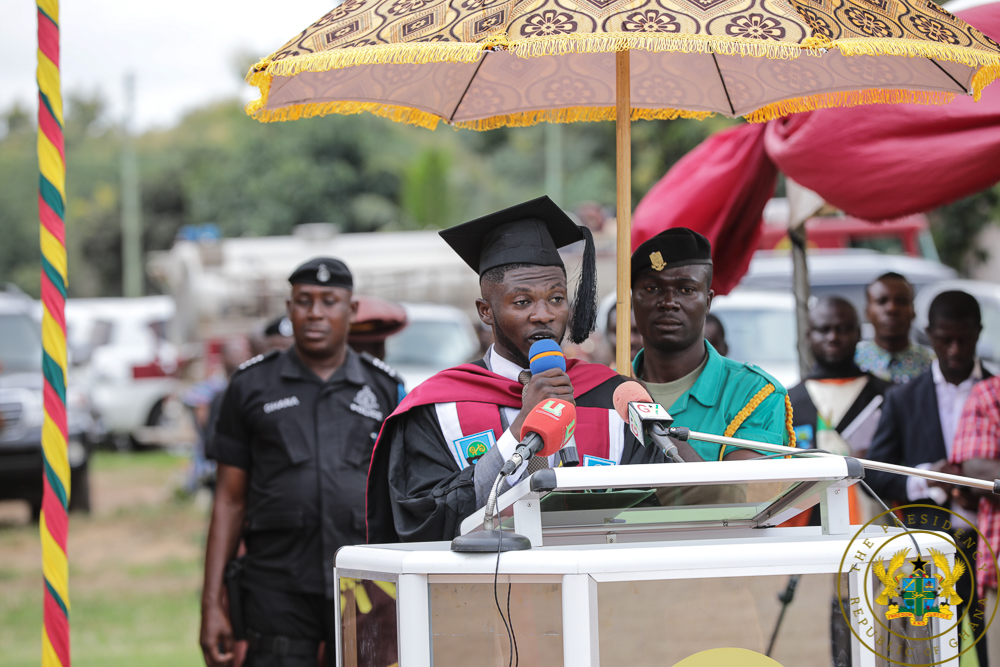 The President continued, “Whilst we work to address the infrastructural challenges of the University, I am happy to announce that the pledge we made to construct the 5 kilometres of access roads for the University is being fulfilled. A contract worth GH¢7.9 million has been awarded to Messrs JOFASM Limited, and the road will be completed in 18 months. The contractor will be on site by the end of this month.”

Kudos to UENR
From an initial graduating class of 154 students to 1,100 students in 2019, President Akufo-Addo stated that “for a University that was only established in 2012, you have done well for yourselves in attempting not only to rub shoulders with the top Universities in the country, but also to set yourself apart from others on the continent.”

As co-Chair of the Group of Eminent Advocates for the 2030 United Nations Sustainable Development Goals, the President expressed his joy at some of the projects being undertaken by the University in helping to achieve the 17 SDGs.

“With the world confronted with the menace of plastic waste, it is gratifying to note that UENR is at the forefront of developing biodegradable polythene from corn starch,” he said.

In helping to deal with the effects of climate change, the University is the only institution of higher learning in West Africa to have installed a fire monitoring laboratory, under the Earth Observation Research Innovation Centre (EORIC), to monitor, detect and predict wildfire and floods in the Region.

“It is, thus, not a surprise that the University has become one of the World Bank’s Centres of Excellence in energy and environmental sustainability in Africa. We can only urge you on to chalk more and more of such feats. Do not rest on your oars, stimulate research in science and technology, and become a resource hub, especially in energy and natural resources in Africa,” he added.

President Akufo-Addo applauded the authorities of the University for the decision to establish a Medical School for the training of doctors not only to serve the three regions of Bono, Bono East and Ahafo, but also to serve the towns and communities along the entire western corridor of the country.

Nonetheless, he appealed to “this specialized university to try not to deviate, as others have done, too much from its core mandate of being a natural resource and science and engineering-based university, set up specifically to train the critical manpower required for the growth and development of the energy and natural resource sectors of our nation.”

A Plus pens emotional letter to ‘dishonest, hypocrite’ idol Akufo-Addo

Domelevo is a goner, Akufo-Addo has sacked him to protect corrupt officials – Ex-NDC chairman alleges