A powerful 6.4-magnitude earthquake south of the island of Zakynthos has been felt across western Greece.

Nobody was injured by the tremor, which struck at 01:54 on Friday (22:54 GMT), but there was significant damage to the local port and a 13th Century island monastery south of Zakynthos.

A series of aftershocks were felt in the hours after the quake and local schools were shut for the day.

The quake struck 50km (30 miles) south-west of Zakynthos, in the Ionian Sea.

Hundreds of residents spent much of the night outside in the streets as further powerful shocks were felt.

“Everything was visibly shaking up and down. The table, wardrobe and beds were all bouncing,” said British holidaymaker Joanna Jones from Liverpool who was staying with her family at a hotel in Alykanas, in the north of the island.

“It felt like it lasted five minutes but realistically it was only 10 seconds. The pool was swaying all over the place and the shelves have all come down in the shops.”

While the Greek Geodynamic Institute measured the biggest tremor at 6.4 with a depth of 10km, Europe’s EMSC quake agency put the strength as high as 6.8 and noticed small changes in sea levels. 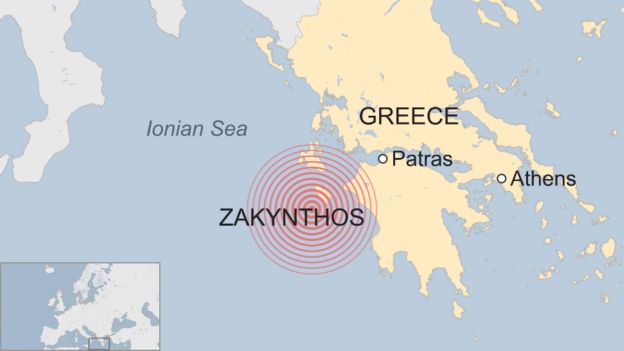 Residents also left their homes in the city of Patras on the Greek west coast, reports said. There was serious damage to the medieval Strofades monastery on a small island close to the epicentre of the quake, but reports that it had been destroyed were unconfirmed.

The biggest shock was felt as far afield as Naples in western Italy, and in Albania, Libya, and the capital Athens.

Zakynthos, also known as Zante, was hit by a 7.3-magnitude quake in 1953, destroying most of the buildings of the island. Since then all buildings have been fortified to protect against further tremors. The region lies on major fault lines and tremors are relatively common but rarely fatal.

“Zakynthos has anti-seismic protection. There were only cracks inside homes and minor rockslides,” said Mayor Pavlos Kolokotsas.

However, pictures on social media on Friday showed a large crack in the ground at the island’s port. 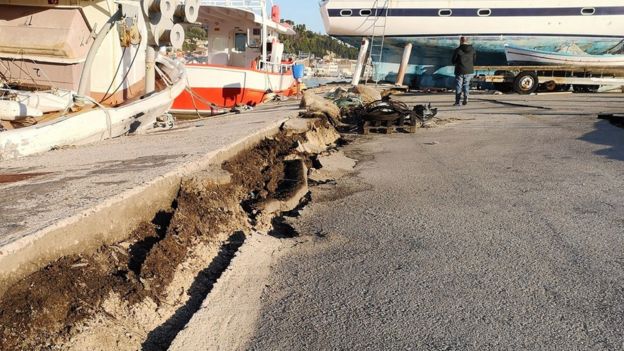 Although ferry services were not disrupted after the quake, vehicles were moved from the port away from the damaged jetty 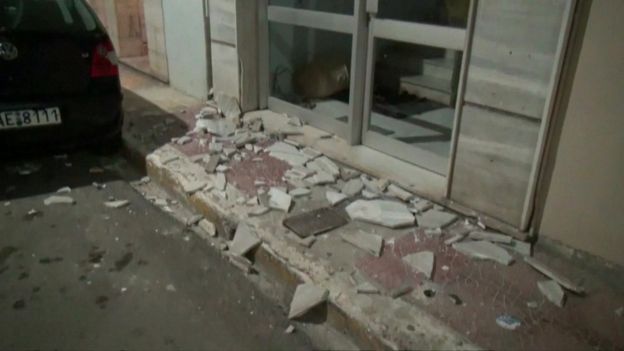