12 signs she’s a high maintenance girl: Should you date her?

She’s fine as hell but she’s a lot of work.

As a man who has dated his fair share of high maintenance girls, I can definitely bring an element of experience to this conversation.

The thing about women in the ‘high maintenance’ bracket is that they come with powerful pros and cons.

The biggest pro? They tend to be hot, fun, and fit. They spend enormous amounts of money and time on their appearance, and it absolutely shows.

The biggest con? They come with a lot of upkeep. And in the long term, they often prove too much for most men to handle.

But how will you know a high maintenance girl when you meet her?

You’re about to learn from someone who’s been in the trenches, my friend.

The number-one indicator of a high maintenance girl is her inflated sense of self worth. She’s legitimately obsessed with herself, to the point where she struggles to understand or empathize with anyone else (except for her pets, of course).

And to a point, this is understandable.

To her credit, she’s probably fine as fire. She’s used to getting everything she wants because men shamelessly pine after her. And there’s no-doubt that these experiences have created a firm basis for her self-obsession.

She Cares About What Other People Think

High maintenance girls put a tremendous amount of thought and energy into their appearance.

They’re makeup masters, wouldn’t be caught dead without their nails done, and can always be trusted to wear the perfect outfit for every occasion.

They care a great deal about what other people think of them—even though this costs them a great deal of time and money.

They desire to be envied and worshipped—and to their credit, they usually succeed in this.

She Believes That She’s ‘Settling’ For You

High maintenance girls understand exactly how desirable they are.

And because of this, they’re rarely found dating men they don’t see as ‘replaceable.’

High maintenance girls feel that they’re ‘settling’ for the men they date.

These men, gifted with her divine presence in their lives, should be content to serve her and make her happy.

High maintenance girls are used to a certain standard of living. They see themselves as being above wasting their time on things that other people could be doing for them.

They’ll gladly dish out a to-do list for their partner.

These are examples of the types of tasks she may expect him to perform.

If he resists, he’ll likely face a whining/crying speech about how she isn’t being appreciated enough, how ‘she needs to do everything around here or it never gets done,’ and how ‘all she wants is for him to understand. Is that really too much to ask?’ 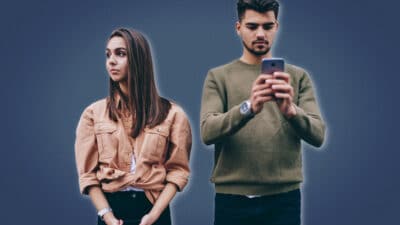 She Doesn’t Care About Your Timeline

A high maintenance girl will be totally obsessed with the things she wants to do, and her timeline will be the only timeline that matters to her.

She doesn’t care what time you told your parents you would arrive. If it takes her an extra 45 minutes to do her makeup, you’re just going to have to show up 45 minutes late.

This type of woman has a very difficult time empathizing with your desire to be on time. She sees herself as the star of the show, and expects the show to move at her pace.

She Doesn’t Have Many Good Female Friends

“I do believe that female friends can be worse to each other than male friends, simply because, for whatever reason, women have a stronger emotional language.”

One interesting thing to note about high maintenance girls is that they won’t have many close female friends.

I once dated a girl who was so combatant and competitive toward other women that she literally couldn’t keep more than one or two close female friends at a time—and even then, those friends could only handle her in very short, controlled doses.

She ended up having more guys as friends. And even those guys were actually just ‘orbiters’ who secretly wanted to bang.

The only way to keep her happy is for everything to go the way she wants it to go.

The word ‘entitled’ will fit her like a glove, and for good reason.

She grew up as the center of attention. She’s accustomed to other girls wanting to be like her, and men fawning over her—so she’s used to getting what she wants.

If you violate this, she’ll feel deeply slighted. She’ll undoubtedly decipher it as an attack, and will be legitimately ‘hurt’ by it.

And this stereotype is mostly true.

But what many people don’t understand about high maintenance girls is that they also have a needy emotional side as well.

They’ll crave and desire your unending attention—until they don’t want it, at which point they’ll expect for you to give them distance.

Their moods may switch at the drop of a hat. They’ll want you to leave when they get annoyed with you. But then, they’ll text you 15 minutes later asking you to come back, telling you they miss you, etc.

This is the aspect of the high maintenance girl that most men have the most trouble dealing with.

This type of woman will want everything a certain way, and will literally command you to make it so—even to the point of trying to keep you from hanging out with your usual friend group if she feels threatened by it.

I’ve seen these types of women order their husbands around like servants, and throw passive aggressive fits if they didn’t get their way.

You’ll pay a price for all of that beauty, men.

She’s Not A Deep Thinker

This guy at mcdonalds literally just told me “It’s so cool. It’s like you’re so dumb that you’re so smart” thanks? #ditzy

High maintenance girls are much more obsessed with outward appearances than they are with any sort of deep thinking or intellectualism.

The reason for this is actually pretty simple.

Self awareness isn’t seen as important when you’re constantly operating with a sense of entitlement.

Since high maintenance girls are basically completely self-obsessed, they see little reason to venture out and consider other things.

They may dabble in spirituality or philosophy, but only to the extent that it satisfies short term whims of curiosity. 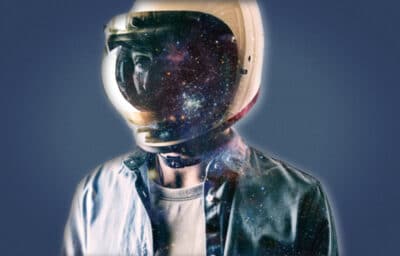 She Never Offers To Split Or Cover The Bill

This type of woman sees herself as the best that you will ever have.

And she expects for you to pay for it.

Because she’s so beautiful, sexy, classy, and all-around wonderful, it only stands to reason in her mind that you would cover the bill.

In her way of thinking, this is a small price to pay for the privilege of getting to be seen and associated with her.

She Makes Everything About Her

High maintenance girls truly see themselves as the center of the universe—in every single way.

It’s truly all about her.

Trying to get her to empathize with you or see the world through your eyes will feel like banging your head against a brick wall.

Impossible, painful, and a general waste of your time.

Should You Date a High Maintenance Girl?

But that’s not so.

I’ve dated some extraordinary high maintenance women, and there are a number of pros to the experience.

But then, the problems will start.

If you’re a high-value man who knows how to handle a strong-willed woman, you can make it last. But your days will be filled with micro-conflicts.

If you grow lax on your boundaries, she’ll work her way into your psyche. She’ll stop at nothing to get what she wants. She’ll try to twist arguments to suit her agenda, and her bulletproof self-obsession will eventually leave you exhausted, frustrated, and confused.

This type of woman is relentless. That’s partly what makes her so attractive—but it’s also, ironically, the biggest deal breaker.

After you break up, you’ll miss her.

Every night, you’ll be having the kind of sex that most men can only dream about.

You’ll miss how excited she used to get over new hair extensions and heels. And you’ll miss how everyone within eyesight looked at you pea-green with envy as you commanded the attention and affection of the hottest woman in the room—the caliber of woman they’re only able to glimpse in adult movies and rom-coms.

Some men can make it work long term with a woman like this.

But is the experience worth it in the end?

(Takes long, stressed-out drag from cigarette and pounds a shot of whiskey.)

Hopefully this post has helped to shed some light on exactly what a high maintenance girl is.

Go with grace, gentlemen. And never give up your power.